Impact of the NLW on the care sector

You are here: Home1 / News2 / Impact of the NLW on the care sector

Impact of the NLW on the care sector 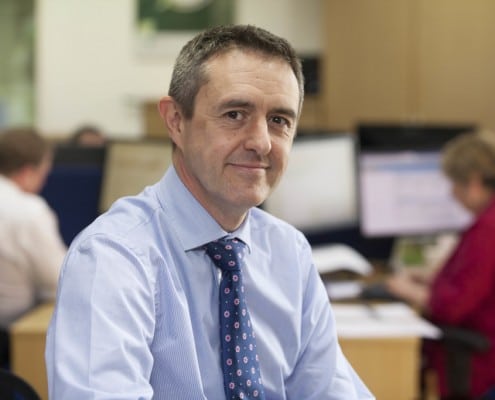 In his summer Budget chancellor George Osborne announced that a new mandatory national living wage (NLW) of £7.20 per hour was to be introduced in April 2016 for workers aged 25 and over.

The chancellor said that he will implement the NLW by introducing a new premium on top of the existing national minimum wage (NMW). This is an increase of 50p over the current NMW rate of £6.70 per hour. The NLW will eventually rise to over £9.00 an hour by 2020.

This is now in place and care providers are facing hefty increases in their wage bills. Of course, we all want dedicated care workers, and others in the sector who contribute to providing high quality care, to be adequately remunerated.

The care sector, although not unique in being affected by the National Living Wage (NLW) legislation, is peculiar in not having the traditional avenue of being able to set prices to cover rising costs open to it. Approximately 100% of adults with a learning disability, 60% of elderly and physically disabled care home residents, and 50% of those receiving home care are funded by government agencies who also dictate the fee paid.

The NHS and Local Authorities are struggling financially and although several LA’s have agreed to increase fees to meet the NLW the reality is that the number of placements will continue to reduce to balance the books.

There are more than 430,000 elderly people living in care homes in the UK, and the sector employs 1.4 million people. However, between October 2014 and March 2015, the number of care home places in the UK fell for the first time. A total of 3,000 beds were lost as closures exceeded new openings. It is unlikely that this trend will be reversed and the ageing demographic of the population will only increase demand for places. According to the Office of National Statistics, the number of people aged over 65 will rise by more than 40% in the next 17 years. By 2040 almost one in four people will be over 65. This shifting demographic also has a secondary effect of reducing the working age population and this in turn will have an impact as recruitment of care workers gets more difficult and staffing homes becomes more expensive.

The Local Government Association estimates that there will be a £2.9bn annual funding gap in social care by the end of the decade. This will undoubtedly grow following the introduction of the NLW, which will add another £1bn to the costs of care homes between now and 2020.

A further blow to care providers is the announcement from the CQC that its fees for private healthcare providers are to increase.

The bottom line is that fees will have to rise or providers will go out of business and whilst the more pragmatic will argue that this is simply the free market in operation, the reality is that we are talking about the homes of many of society’s most vulnerable people being put at risk.

All care providers want to offer excellence in care but there is simply no scope to re-investin businesses that are being squeezed financially.

The health and social care sector is in the middle of a ‘perfect storm’ and nobody should be burying their heads in the sand and ignoring it. The human cost of another collapse, such as Southern Cross several years ago, would be tremendous and one that must be avoided. Government must listen to the tumult of voices from within the sector and look carefully at the impact of legislation and work out ways to alleviate an industry in turmoil.

Click here to view the original article at Recognition PR

Back to news
HCMS calls for tax and insurance changes to ease funding crisis In response to the EU referendum vote
Scroll to top
We use cookies on our website to give you the most relevant experience by remembering your preferences and repeat visits. By clicking “Accept All”, you consent to the use of ALL the cookies. However, you may visit "Cookie Settings" to provide a controlled consent.
Cookie SettingsAccept All
Manage consent